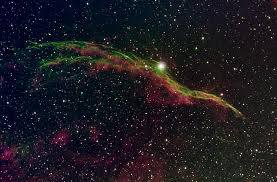 Somewhere in the immense depth of this cosmos, a star explodes in a supernova.  Throwing out its massive potential energy, into the vast expanse of cosmos that it held in itself for long inside its massive burning core. The energy that the star throws out at supernova is considered to be more than the total energy combined of all the stars in our galaxy.  WHAT DO WE LEARN FROM IT ?? You are like that star in the sky  with a tremendous amount of strong potential energy trapped in you. It only came out from you because your hard past and your struggles of past finally forced you to explode. Throwing out the energy in you!  You have always spent 99.99% time of your life blaming yourself as a victim.  Now for this 0.1% time Think about it in my way  would you be here helping so many people with your voice today if you wouldn’t have faced that past?  Yes your past might have given you scars but you also can never deny this fact that you wouldn’t have been the same wonderful person if there were no scars.  Today you are making a change speaking for others and in fact it was always in you  you are extremely strong  because every single matter in your body has come from the core of these massive stars , they exploded and died but they have given their potential parts in you.  THE POWER OF THESE DESTRUCTIVE STARS ARE IN YOU  GUIDING YOU TO A NEW ERA  A NEW ERA OF JUSTICE AND POWER!  Today you have nothing to be afraid of because you are that power source which is unstoppable  you are not a victim you are a survivor  the brightest star in the sky you are the pole star which has shown the direction to many others!  DON’T BE A VICTIM BE A STAR!
By: Victor Chakraborty